Mentoring: What is it really about? 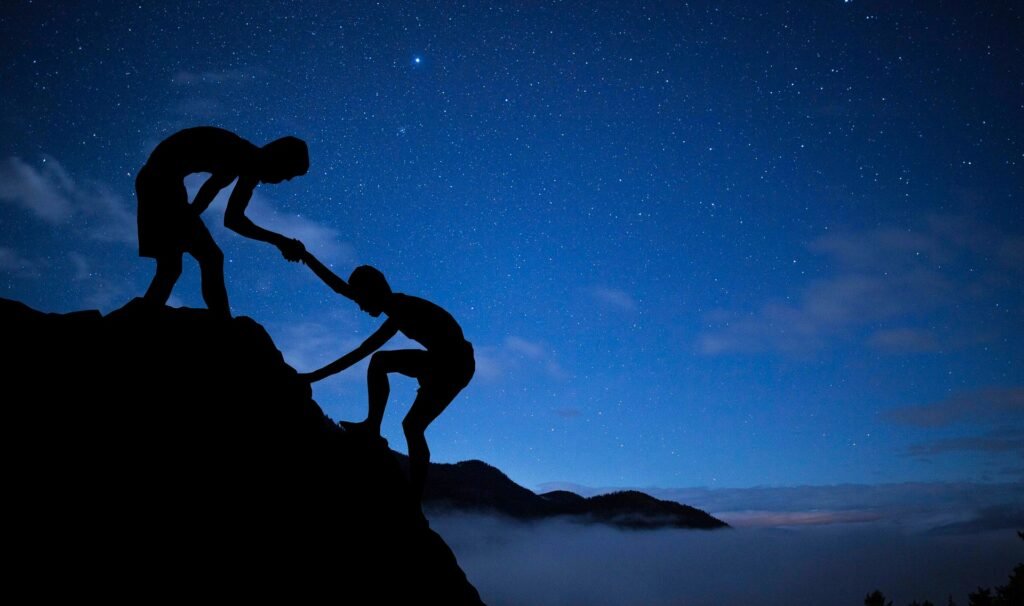 Across many colleges, universities and companies both in tech and elsewhere, mentoring has become trendy. It’s not uncommon to find, in both large companies and startups, situations where junior and less experienced employees are matched with their more senior colleagues for mentoring and advice on navigating the career ladder. A similar phenomenon exists in many academic institutions where teachers are encouraged, and even rewarded, to become “mentors.”

While this approach has been evidently valuable as a tool for education and upward professional development, its structure and organization tend to undermine its efficacy because it obscures the very essence of what mentoring is really about.

Let me illustrate this with a personal story.

In my senior secondary school, we had no qualified teacher to take us for Physics. A good number of my classmates withdrew from sciences and switched to arts as a result. Only a few of us — myself and four others — remained. During our second year, one of our teachers, Mr Churchill, whose qualification was a diploma in Christian Religious Knowledge, volunteered out of sheer magnanimity to teach us Physics even though he has absolutely no expertise in the subject. Faced with no other options, we delightedly welcomed Mr Churchill (and I still remain grateful to him till this day). But, should you ask me how well the class went, your guess is as good as mine.

However in our third and final year, I ran into a cousin of mine, Iyke, who is now an orthopaedic surgeon at the University of Nigeria Teaching Hospital, Enugu. At that time, he had completed his secondary school education at Federal Government College, Port Harcourt — a much better resourced and academically much more reputable secondary school than mine — and was in the village awaiting the release of his Senior Secondary Certificate Examination results. He started teaching me Physics (or better, mentoring me in Physics). I would go to him every evening with questions, which we discussed and solved. During the process, I felt so overwhelmed as he opened my eyes to the wide range of topics I didn’t know much about when my examination was only months away. I still remember vividly that I felt like giving up at some points. But in all, he kept prodding and encouraging me. Gradually, I started to grow in my knowledge of Physics. And when our Senior Secondary Certificate Examination results came out, I passed with credits (C4) in Physics.

Looking back at this experience, I cannot but wonder how a not-so-well-prepared and casually executed guidance I got from a cousin (who is equally my age-mate) encapsulated so powerfully the very essence of what mentoring is really about. The mentoring relationship grew organically, was largely informal and less-structured and focused specifically on what I wanted to learn, and had me (the mentee) driving the process. Consequently, it achieved the expected results exceedingly.

As we build VarsityMentor as a nonprofit educational platform for connecting college/university students in Africa with African professionals and allies for mentoring, skills development and career pathway guidance, I wanted to discuss a number of ways in which a formal mentoring program (such as our VarsityMentor program) could be made more effective by incorporating the lessons in my story. Four of those lessons stand out:

I don’t know of any man who got his wife to marry him by walking up to her the very first time he saw her and asked, “will you be my wife?” Most men will first find out what they like about the woman before making their moves or planning for a date. Mentoring relationships are the same. Asking someone formally to be your mentor is absolutely one way to turn off the would-be mentor, or at best, guarantee a poor mentoring relationship. Kick-starting the relationship becomes problematic because for the mentor it feels like asking them to sign up for unpaid part time work because they have so much free time. It’s often difficult to build a rapport because meetings always start with the typical mentor’s question: “what can I do for you?” — which is mutually detrimental, but reflective of how the mentoring relationship started in the first place. Starting off in a somewhat casual mode allows both mentee and mentor to build a rapport and nurture trust, and enables the relationship to grow organically.

On his website, American Author, Ryan Holiday describes how he started off the mentoring relationship he had with Tucker Max. As a student journalist, he wrote a review article about Tucker’s website and emailed it to him, which Tucker replied to with keen interest. Ryan continued to write and ask questions through a correspondence that organically morphed into a mentoring relationship.

To enrich our mentoring program at VarsityMentor, we encourage our students to identify a specific question (something they would specifically like to learn) to start off first meetings with their mentors. Usually, the program coordinator works with the students to analyze and refine the questions prior to the first mentoring meeting.

Be clear about what you specifically want to learn

When a mentee is “formally” matched to mentor, it’s always the case that the mentee has no questions or very little clarity about what questions to ask to kick off and sustain the mentoring relationship. At VarsityMentor, we make it clear to our students that mentorship is basically about learning from someone who has wisdom, or advice, or value that they can pass their way, which when put into practice will potentially help them better themselves. To effectively engage with that learning experience, the mentee should have clear questions to drive the process. Some of the questions will be at the macro-level to strategically kick off and give structure to the mentoring relationship, and others, at the micro-level to drive conversations during mentoring meetings.

Have the mentee drive the program

At VarsityMentor, we help our students recognize and appreciate the fact that mentors provide their services free of charge while juggling myriads other tasks such as work and family. As a result, the least they can do to make the work easier for them and guarantee a more effective learning experience for themselves is to be at the driving seat of the mentoring program. They do this by coming up with concrete questions, organising Calendar invites, creating the agenda, taking notes and completing action items. As a mentor, the single biggest challenge I have faced is to wrack my brain 60 minutes before a mentoring meeting trying to figure out what the meeting agenda should be. In my story above, I was clear about what I wanted: Physics, and for every meeting, I had specific questions.

Make the relationship as less formally structured as possible

In practice, every mentoring relationship is unique, and lies on a continuum between “formal” and “informal”. On the formal end, one finds conventional approaches that exist predominantly in corporate organizations and colleges where a mentee and a mentor are matched together and expected to figure out the rest. On the other end, one finds proponents of informal casual mentoring approaches. One of the key proponents of this approach is Hank Hoppin, author of “The Casual Mentor”, where he makes cogent arguments based primarily on life experiences that informal mentoring programs are far more effective than formal, well-structured and organizationally orchestrated approaches.

At VarsityMentor, we strongly believe that the best mentoring programs are more like the relationship between a parent and adult child than between a teacher and student or a boss and employee. It is our point of view that a mentoring relationship should be as less-structured as possible without being completely informal.

There is a growing (and trendy) interest in mentoring as a tool for education and career growth. Although formal mentoring is valuable and necessary, infusing more elements of informality and human-centeredness into the design of mentoring programs will along way to make increase their effectiveness — as my personal has illustrated. Overall, the role of casual and informal “mentoring-like” relationships on a person’s career success is largely unheralded in more formal and structured forms of mentoring.

If you enjoyed this, get in touch with us or subscribe to our blog/newsletter to receive more information and learn more about what we do at VarsityMentor to tackle the problem of graduate unemployment in Africa.

Mentoring: What is it really about?